The Kent College Film Festival returns this summer for a weekend of nostalgia and family fun from 15th – 17th June 2012 as part of the school’s 125th Anniversary celebrations.

This year the Festival celebrates ‘childhood’ in film and the event promises to be a spectacular family event with day time viewings on an outside screen and evening viewings in the school’s recently refurbished state of the art professional Theatre.

As well as a celebration of film we are delighted to host a sensational Gala Event which sees a reprisal of film related performances such as the fantastic drama vignettes performed by Kent College drama students, as well as the Children’s Fantasia Ballet and Children’s Corner Music Recital with music by Debussi performed by acclaimed pianist Pam Travis.

The Big Shorts Short Film competition for students in year groups 6 – 13 will also return which encourages a love of film-making at junior and senior levels from pupils at local schools.

Tickets will go on sale from Tuesday 8th May and they are priced at £6 for adults, £3 concessions.  There is also a discounted family ticket for families to attend multiple viewings over the weekend. 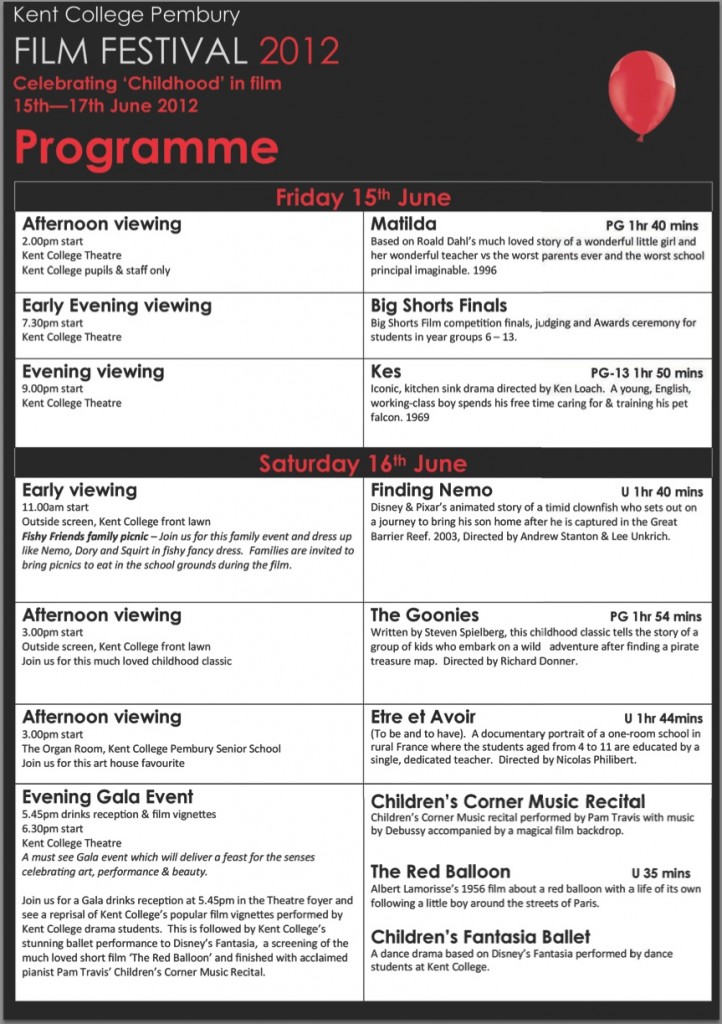 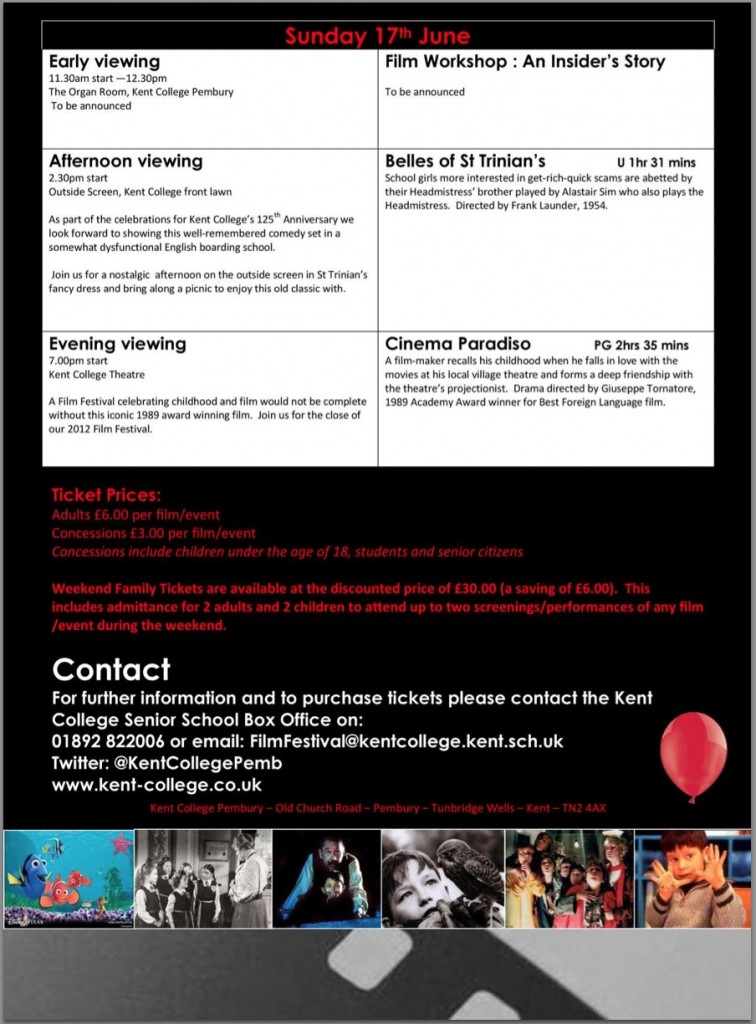